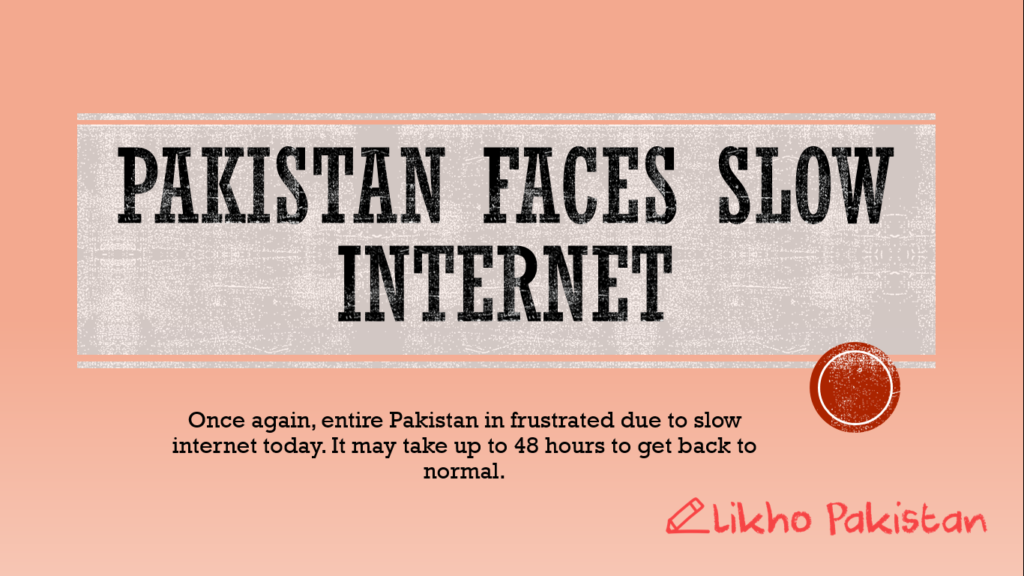 Its nothing new for Pakistani people to face a deadly slow internet and get frustrated. In a developing country, where regular internet users are using 1MB average internet, its really hard to even check their email today. As per the biggest ISP, PTCL, there have been a technical issue in the entire network system which will effect more than 70% on internet users in Pakistan.

So all of you who are planning to kill their ISP representatives for not fixing the connection despite of multiple campaigns, you should stop complaining as they are not going to help you today. Though this slow internet is affecting almost everyone, our freelancer community is the one that seems most frustrated and no doubt, there frustration is right.

Its very important to have a decent internet connection specially for the hourly jobs. Government needs to pay special attention to the internet infrastructure of Pakistan in order to make its economy strong. As we are moving rapidly towards the digital era, we need to understand that a stable internet connection is as important as stable electricity supply.

Freelancers interact directly with the people around the globe. When they make excuses for not having a stable internet connection, people perceive a negative image about Pakistan and stop offering jobs to Pakistani freelancers. This issue needs to be addressed on a serious note. Slow internet in Pakistan needs serious attention.