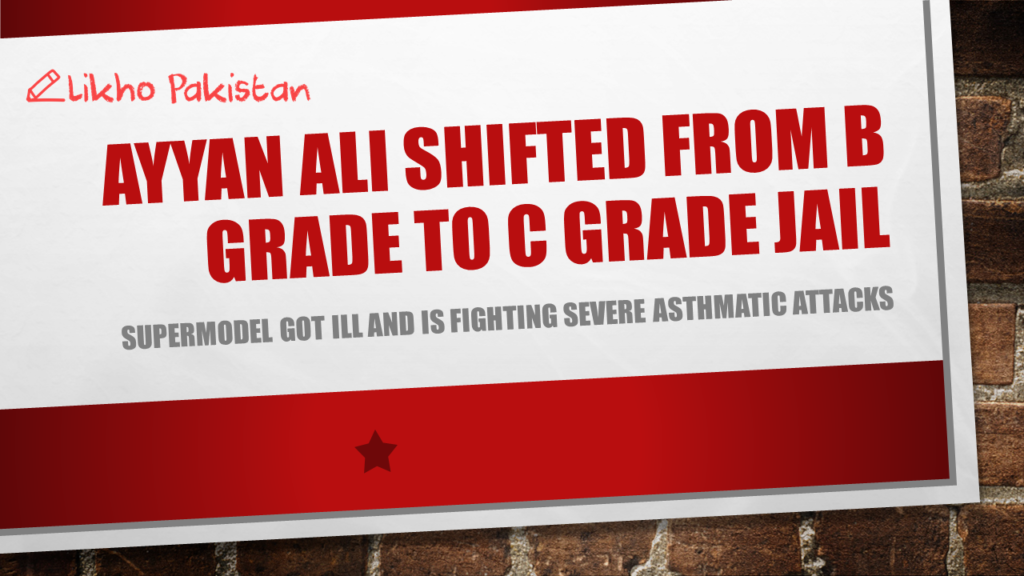 Ayyan Ali shifted from B to C grade Prison

Shaista also made sure that Ayyan faces no difficulty or hard time during her hours in Jail. Ayyan’s lifestyle in Jail was getting popularity as it was one pf the public’s topic of entertainment. Everyone was criticizing that despite bieng in Jail, Ayyan is getting everything she needs to show off her beauty, glamour and class. Seems like hard time for Ayyan Ali has started as she has been moved to C grade jail which is way worst than the former  grade. No matter what her style portrays, she is in trouble and this cannot be denied. In the C grade jail, she is seen sitting in the corner where she has no choice but to live like prisoners. She is also not allowed to meet Shaista the way she used to meet before. Now, they only talk through a little window.

As the super model is quite concerned about her diet, seems like she is not eating properly. She has been diagnosed with blood deficiency and weakness. She is also getting serious asthmatic attacks and keeps an inhaler with her all the time. No luxury or facility is specifically being provided to her now.

In these circumstances, Ayyan has finally spoke up and confessed that few other names are also associate with the case. She has also told the police about ten other models who are being used by politicians for the same purpose. Lets see how she looks on her next hearing